For almost 130 years, the Blackstone-Ipswich Cambrian Choir and its associated ensembles have been led by a succession of talented, dedicated conductors and accompanists who have shared a vision of creating and developing choirs capable of maintaining the highest traditions of choral singing, through their vision and foresight.

Today, our artistic team continues to give unselfishly of their time and talents to add to the heritage that has been handed down to us and to create a legacy for future generations. 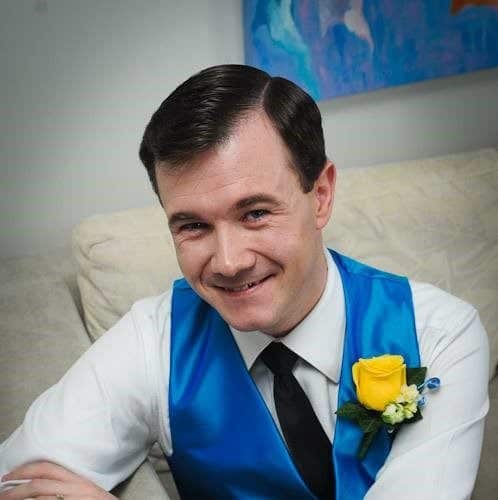 David WebsterConductor: Blackstone-Ipswich Cambrian Choir
David is a life-long choral singer, and has worked as a choral conductor for all of his adult life. In addition to being Conductor of the Senior Choir of the Blackstone-Ipswich Cambrian Choir, he is currently Musical Director of the Bach Society of Queensland, and Director of Music at Holy Trinity Anglican Church, Fortitude Valley. He has also been a regular guest and assisting conductor around Brisbane, including for Brisbane Chorale, the Queensland Choir, Canticum Chamber Choir, the Australian Catholic University Banyo Campus Choir, and various church choirs. David was Musical Director of the Queensland University Musical Society for nearly a decade, and he spent some years as the conductor of the Emmanuel College (University of Queensland) Choir. Nationally, he has served as Assistant Chorus Master to June Tyzack, Richard Swann, Andrew Raiskums, Christie Anderson, and Michael Fulcher at Australian Intervarsity Choral Festivals in Hobart, Perth, Melbourne, Adelaide and Brisbane.
David was the recipient of the Seventh National Sydney Symposium Choral Conducting Scholarship, which saw him spend two months of 2015 in the United Kingdom, observing and working with some of the best conductors and choirs in London and Cambridge. Closer to home, he has participated in conducting workshops with the Sydney Chamber Choir and Symphony Australia.
David’s conducting experience spans much of the great choral repertoire, from the Baroque and Classical, the Romantic, to the Modern era. He directed the World Premieres of Matthew Orlovich’s The Blue Gum Forest and Elliot Rentoul’s Love, the Southern Hemisphere Premieres of Karl Jenkins’ Te Deum and Roman Hurko’s Requiem/Panachyda for the victims of Chernobyl, the Australian Premiere of John Tavener’s Mother and Child, and the Queensland Premieres of Karl Jenkins’ Requiem and Arvo Pärt’s Seven Magnificat Antiphons.
In addition to his roles on the podium, David continues to be an active member of Canticum Chamber Choir and Fusion Vocal Ensemble, and a regular guest singer with the Brisbane Chorale and The Australian Voices. He was a Lay Clerk in the St John’s Cathedral Choir for ten years, and has performed with all of Brisbane’s major choirs. David has also been a guest singer with the Adelaide Chamber Singers, the cathedral choirs of St Paul’s, Melbourne, and St Peter’s, Adelaide, and the London Symphony Chorus. 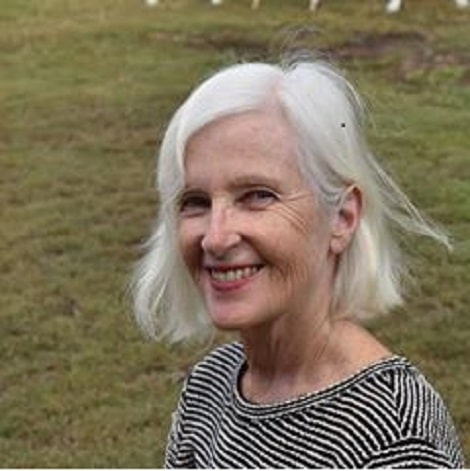 Prue GibbsAccompanist: Blackstone-Ipswich Cambrian Choir
After studying with Max Olding and receiving the Ass. Dip. Mus. From Queensland Conservatorium, Prue was repetiteur with the Queensland Ballet and Queensland Opera, and was musical director for shows with Queensland Theatre Company. She also wrote incidental music for plays – Son of Man, Indians, The French Revolution and The Ancient Mariner.
During a Paris sojourn, she studied chamber music at the École Normale de Musique, receiving the Brévet de Musique de Chambre and gaining top place.
Returning to Australia and settling in Sydney she was an accompanist at the Sydney Conservatorium, and worked as a vocal coach with the Opera School there. Work in Sydney included being appointed Head of Piano at Ascham School, harpsichordist with the Sydney Bach Orchestra, pianist with the Bourbaki Ensemble and repetiteur with several musical groups including UNSW Opera, SavoyArts and Strathfield Musical Society.
Returning to Brisbane in 2013, she was choral director for Dust – the Musical at the Powerhouse.
She teaches piano, coaches singers and accompanies freelance. In January 2020 she took part in the ACCET Choral Conductors’ Summer School. 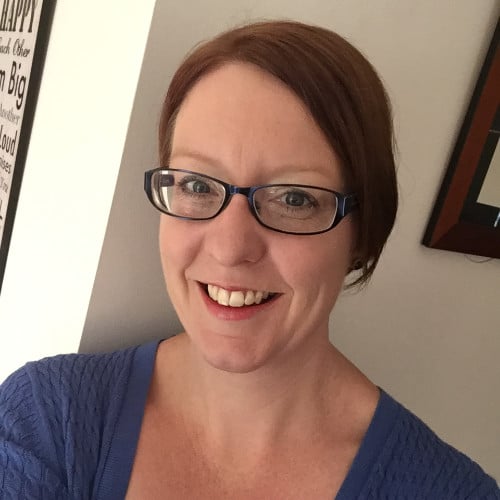 Michelle FrenchConductor: Cambrian Youth Choir & Cambrian Junior Choir
Michelle is a graduate of the Queensland University of Technology where she completed degrees in music and education, specialising in primary school classroom music. Since graduating, she has worked as a primary music specialist at Ipswich Central State School, Blackstone State School and West Moreton Anglican College.

During the time spent with her various choral programs, Michelle has further developed her skills as an accompanist and is frequently asked to accompany choir rehearsals and performances, as well as many solo competitors in eisteddfodau.

Michelle has been involved with the Blackstone-Ipswich Cambrian choir for many years, beginning as a chorister in the Youth Choir in 1995. Whilst currently taking time out from performing with the Senior Choir in order to spend time with her young family, she is delighted to be able to continue conducting the Junior Cambrian Choir and the Cambrian Youth Choir. This has provided Michelle with opportunities to encourage young people to enjoy choral music and to continue their participation in music as they grow and develop.

She has been a very proud member of the Blackstone-Ipswich Cambrian Choir for many years, having joined the choir in the late 1970s. During her early years with the choir she enjoyed roles in musicals such as Sound of Music, Brigadoon, and Camelot, and also accompanied the Junior Cambrian Choir, with Blodwyn Whitehead as choral director, for a period in the 1980s. After a lengthy absence due to the demands of a busy and growing family, Bronwyn returned to the Cambrians in 1996 to accompany the Junior Choir and later that year assumed the role of accompanist for the Cambrian Youth Choir, beginning a new partnership with Berniece Hicks as choral director.

Bronwyn is very proud to have seen her four children Matthew, Adam, Ben and Erin proceed through the ranks of the Junior, Youth and Senior choirs. She remains committed to encouraging, in all young people, a love of singing and choral music.